This is my first trip blog since April when we returned from our winter vacation in Florida and Georgia.  While we had several trips in May and June for family graduations and visits, we have been close to home for the last three months.  A lot of my time was spent preparing for my photo show in September.  The turnout and response were very positive which, of course, pleased me immensely.  But even more important it raised to date $1500 to support the Kuc Majok Vocational College for South Sudan.

With all that activity subsiding and the holiday BeadforLife sales at least a month off, we took some time to travel to West Virginia to visit Brendan, Eileen and the kids as weldl as spend a couple of days with my brother Tom and Sarah in Centreville VA.

We began Sunday morning at seven for our 6 1/2 drive to Sheperdstown WV where granddaughter Braden is a freshman and a starter on the women's soccer team.  While we knew the temperature would be in the mid to upper eighties, we were not prepared for the high humidity and blazing sun that generated a heat index well into the upper 90's.  At half time we joined Tom and Sarah in our cars for some air conditioned rest out of the sun.  Obviously it was a challenging match for the women with two hydration breaks in each half.  The Shepherd Rams won 5-4 which is high scoring for soccer.  Braden played very well.  I had seen them play and lose to Daemen in Buffalo last month and could hardly believe it was the same team.  The passing was crisp and on target.  Clearly they are getting used to playing with each other.  Just to give some context, there are no seniors on the team and the majority of the starters are freshmen and the head coach is in her first year at Shepherd and as a head coach.  The season may be challenging but the future is bright.  You can view more photos by going to the Google Photos album here.

After the match we followed Tom and Sarah to their home in Centreville about 90 miles away.  Sarah had a delicious dinner for us as we relaxed in the nicely air conditioned home.  The next morning Marilyn and Sarah went for a long walk while Tom and I ran some errands.  The girls then visited a local nursery to do some plant shopping.  Sarah came home with a Beauty Berry bush, one of our favorites at home.

We then drove to Leesburg for a late lunch at Lightfoot Restaurant.  It located in a late 19th century bank building and the interior retains much of the original design and organization.  The restaurant and the staff are friends of Sarah's since she used to work banquets there when she was in college.  We had a yummy lunch but as soon as we sat down, Marilyn noticed that the people at an adjoining table were enjoying dessert with what looked like large cotton candy balls.  She just couldn't get her mind off this and when we were finishing up, she asked our waiter, Jose, if she could have some of the cotton candy.  No dessert mind you.  Just a little bit of cotton candy.  "Please.  Pretty please."  As you can see, Jose delivered and then some.

After lunch, the girls visited some shops while tom and I investigated the Loudon County Courthouse complex.  We learned some interesting facts about Leesburg.  It is located only two miles south of the Potomac River which was the dividing line between the United States and the Confederacy during the Civil War.  As a result, it changed hands between the two armies more than 150 times during the four years of the war.  During one of these "changes of hands," Pickett's Public House played a prominent role.  Although the building no longer exists, its location was within the current complex.


"If the Union Loudoun Rangers, who frequented Leesburg during the war years, were not warmly welcomed by the majority of Leesburgers, the same cannot be said for Confederate Colonel John Singleton Mosby's Rangers, the 43rd Battalion of Virginia Cavalry. The Rangers often came to town to visit Pickett's Public House, now part of the Loudoun County Courthouse Complex. Federal raiding parties often came to Leesburg in search of them. On 29 April 1864, members the 2nd Massachusetts Cavalry under command of Colonel Charles Russell Lowell, supported by auxiliary infantry, arrived from the east via Leesburg Turnpike, hoping to find some Rangers. They surprised the Rangers at Pickett's. In the ensuing skirmish, some Rangers were wounded or captured, while others fought their way out." (https://www.leesburgva.gov/visitors/history-of-leesburg/leesburg-and-the-civil-war)

Since this is the area from which our forebears emigrated to Missouri, it is more than likely that our ancestors, at least some of them, did their best to carry on normal life in Leesburg, providing beverages to whichever side showed up with guns and numbers.

We returned to Centreville where Sarah began preparations for the paella we had for dinner that night.  Chicken and clams.  She even used actual saffron strands instead cheating by using a rice mix the way I do.  And then, just to remind us that were in the South, she served the most delicious pecan pie I have ever eaten.  Warmed and with almond milk ice cream.  I couldn't help myself.

Later that night, Marilyn flew home to Rochester.  I will be driving to Morgantown to watch Brock play high school soccer and Brady play middle school football.
at October 09, 2018 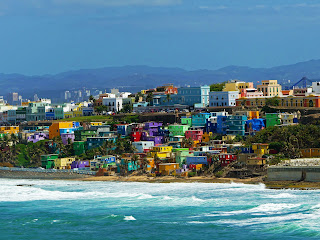